Optimal design is a remarkable application of scientific computing. It is aimed at building a systematic tool for the design of devices, structures, or systems with optimal properties. The main difference with most applications of scientific computing is that topology optimization does not attempt to replicate some physical experiments on a pre-existing design, but to find the design that will perform optimally for that experiment. 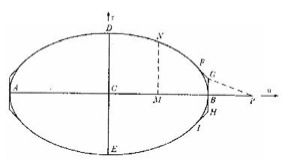 The idea is not new. In the Principia, Newton mentioned an interest in computing the shape of a rotationally invariant object with minimum drag in a viscous fluid. More recently, it has gained a lot of attention from the engineering and mathematical communities since the 70’s. Indeed, soon after it became possible to simulate simple experiments, engineers tried to compute sensitivities with respect to variation of the design, by studying the dependence of the performance of designs on small variations of their shape. The methods originating from this idea are usually called shape optimization methods. Optimal Design (often also called topology optimization) is a broader version of this problem, where one does not only consider variations of the boundaries of designs, but instead tries to solve an optimization problem among all admissible designs.

Despite its apparent simplicity, the theoretical study and numerical implementation of optimal design problem raise very challenging issues. Indeed, most optimal designs are by nature ill-posed. Their solutions cannot be described by classical designs, but require infinitely small patterns like micro-laminations or micro-perforations. An intuitive explanation of that mathematical fact can be found, observing many steel structures. 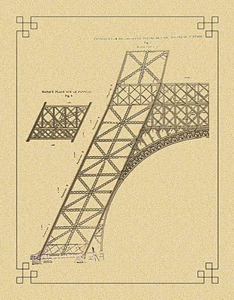 Detail of the Eiffel tour

The overall design of the Eiffel tower in Paris consists of four main pillars meeting at the top, and two main floors. In order to improve the stiffness to weight ratio, Gustave Eiffel did not use massive steel columns, but opted for a truss structure. Of course, the same logic applies to each element of the truss structure, and the overall stiffness to weight ratio will increases when they are replaced with arrays of beams. The process is endless!

For practical reasons, Eiffel stopped after two steps, but in the mathematical world, nothing prevents us from iterating this process ad vitam eternam… The resulting structure would not be possible to describe as a classical design, but would require the concepts of microstructures and all the related mathematical framework.